Your current browser doesn't seem to be compatible with our website. Please update it or install Google Chrome.

We've been hosting webinars every week for 3 years, testing many different setups. Here is our review of the microphone we chose for our webinars.

If you’re diving headfirst into webinars, podcasts, or video conferences, you’ll need the right equipment. Hopefully you’ve already thought about the software you’ll need - here’s a nice guide if not.

But on top of a great recording and broadcasting platform, some good external equipment goes a long way. And particularly for audio recordings, a decent microphone is essential.

So in this review, we’re going to break down one of our absolute favorites: the Yeti from Blue Designs. As you’ll see, it’s one of the best entry-level options you can get. And really, calling it entry-level is selling it short.

What is the Blue Yeti microphone? 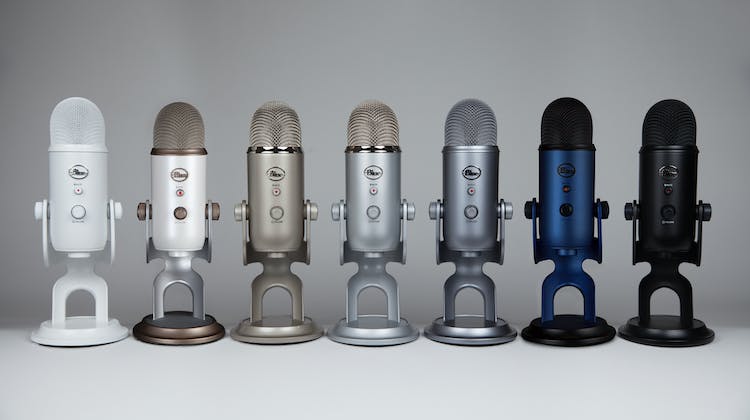 The Yeti is a ready-to-use microphone that requires minimal setup or audio expertise. We’ll get into why that’s so exciting shortly, but here are the key differentiators:

If this is your first real microphone, you’ve made a great choice. Let’s explore a little more.

According to Blue’s website, “you can record vocals, music, podcasts, audio for video, interviews, or even cryptozoology lectures” with the Yeti “with legendary ease.” Which is another way of saying it’s a microphone, so you use it to record sound.

But in our view, it’s best used by companies for podcasting. That’s because it really is easy to set up (more on this in a moment), and the quality for spoken word is very good.

It works well for just one person (they call this “cardioid mode”), but can also record omnidirectional sound if you have several people sitting around a table. This is obviously different from a pin-on lavalier mic or a single-direction microphone like a singer would use in-concert.

For new podcasters, it’s really nice to have these options from a single microphone. You can test out a range of different presentation styles with one small investment.

It’s also a nice microphone for webinars - something we’ve written about before. The Yeti does have one or two shortcomings for this though, which we’ll get to shortly.

If you’re new to podcasting or webinars and want good audio for minimal investment, the Yeti is for you. You’ll get a nice, warm sound without needing any technical know-how or other expensive equipment.

That’s important if you’re testing out a new strategy. You can focus on producing great audio content without having to worry too much about the return on investment just yet.

If you give it three months and decide not to keep going, you’ve spent less than $150 on a microphone. And sound quality definitely will not be the reason you give it up.

Seasoned audio professionals will probably want something a bit more robust, but this is nice for your marketing team projects and video sales meetings.

Why we love it

The absolute best part about the Yeti is how easy it is to use. That’s because it plugs directly into your USB port.

Most microphones require an external interface to connect to your computer. (We’ve recommended the Scarlett 2i2 mixer in the past.) That’s because mics are usually built to be plugged into mixing boards, not computers. 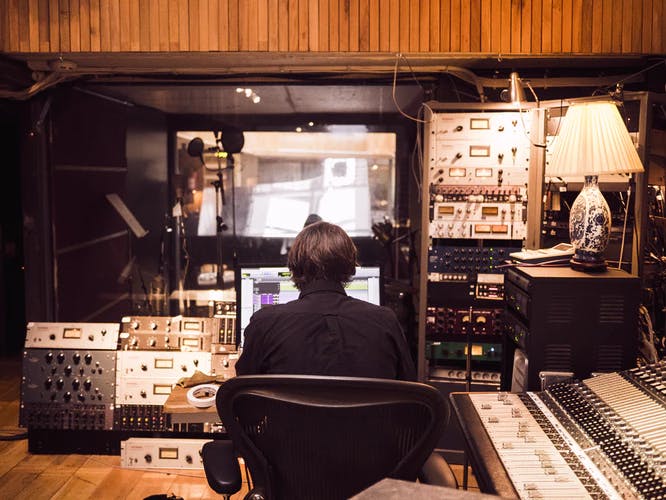 But every piece of extra equipment is another reason not to start your podcast or webinar strategy. So it’s so exciting to have a decent quality microphone that plugs directly into your laptop.

And you don’t even need to download a driver to operate it - another annoying step. It seriously is ready to use immediately.

And as we said above, it’s really hard to find this mix of convenience and sound quality, at this price. Usually we’d recommend spending a little more on a microphone because you won’t need to upgrade them often. But you get so much with the Yeti that it’s worth testing for sure.

And the fact that it has different functions is also really helpful. You’re basically getting three microphones in one, which gives you a lot of flexibility.

Finally, it looks really nice and comes in a few different styles. This never hurts, especially if you’re hosting webinars or any kind of video content that would likely require the microphone to be in focus. 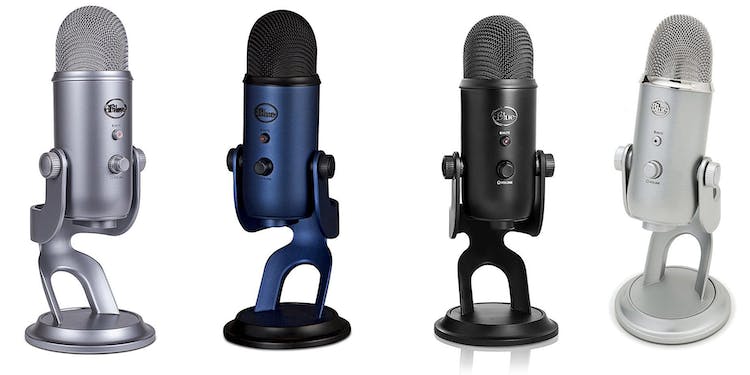 What could be better

Obviously at such a good price, we can’t have everything. And there are one or two things that prevent this from being an overwhelming success.

While most of the Yeti comes in a nice chrome style, small sections of the stand and microphone are made from plastic. This doesn’t affect the look particularly, but these parts can be a little more prone to breaking.

If you take good care of the microphone, this won’t really be an issue. But if it’s going to be passed around the office and dropped from time to time, you may see some damage.

The stand is massive

The Yeti sits on a round base which takes up a lot of space. This doesn’t matter for audio recordings, but if you’re presenting a webinar or conference call it’s hard to keep the microphone out of your face.

To get around this, you can fairly easily attach it to a stand. (That’s what we’ve done at Livestorm.)

It’s not a big issue, but it’s something to be aware of. If you’re trying to go for a low-cost option, adding a stand will drive the cost up.

We love that the Yeti connects through USB, but the main port is mini-USB to USB-A. Your new Macbook Pro only uses USB-C, so you’re going to need an adaptor to plug it in.

And in two years’ time, we might be using something else altogether.

Still, a USB adaptor is much cheaper than an external mixer, so this is a small annoyance rather than a big issue.

Other options to try

Honestly, if you want a mic that connects directly through USB, this is your best bet. But if you already have an external mixer (or are planning to buy a Scarlett 2i2), there are a few classic choices.

Most RØDE microphones are very good. If it’s for webinar and other on-camera presentations, you could try a RØDE lavalier mic, which means you don’t have to worry about it appearing in-shot.

Another good choice is a shotgun microphone like the NTG4+, which picks up high-quality audio in a single direction.

This is great if you want to move around or film outdoors and still cut out lots of ambient noise.

But these microphones are definitely more expensive, require more equipment, and definitely a little more expertise. So if your chief goal is to start podcasting or host better-quality meetings and webinars, the Yeti’s all you’ll need.

Thank you for requesting a demo. We'll be in touch in a few minutes.

In the meantime, feel free to check out our documentation and click on the button below to create a free account.